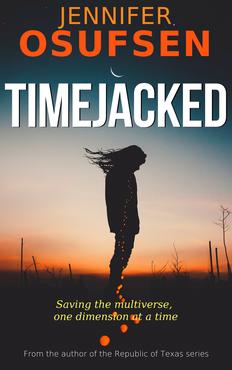 a reckoning of fire 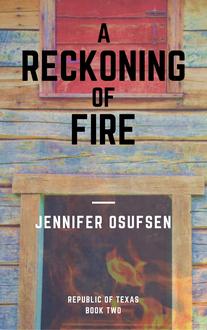 Learyn has always known she is a Nexus. The déjà vu moments others take for granted are a unique part of her – the ability to see and experience snippets of parallel realities. She never expected her consciousness to be abducted.
​
Ripped from the world she shared with her husband, Jack, and their infant daughter, Learyn is forced into a life where Jack is legally separated from her, their baby in this existence never survived to be born, and sinister forces throughout the multiverse are directing her every move.

What is their end goal, and will she survive to return to the life, husband, and daughter she desperately longs for? 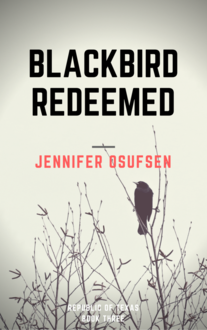 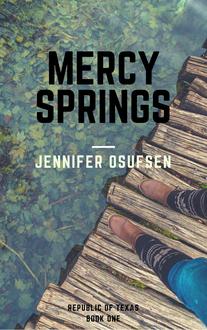 A stand-alone novel available in paperback and Kindle

The SOLD placard in Jo Camden’s hand spells the end of a family legacy. Without her blacksmithing shop, Jo is left with nothing more than her horse, a creek-side cabin, a pocketful of coin – and a lifetime of agonizing memories. Her only option is to tamp down her pride, and hammer out a living as the arrogant new owner’s employee.

Cullen Miles, the new owner of Camden Ironworks, never knew breaking free from city life in the Capitol would bring such chaos. What starts out as a venture to strengthen his farrier business rapidly devolves into a struggle to keep both enterprises afloat. Not only must he wrangle a fiercely independent blacksmith, but he quickly finds himself in the pursuit of her heart.

A break-in at Jo’s cabin and the news of a prison break collide, centering on the nearly forgotten legend of long-lost gold. Jagged memories of her sister’s death claw to the surface; and once again, Jo finds herself a victim of fear and anger. Amidst the hatred and animosity, can Cullen convince her that the path to peace is through forgiveness?

Can even the hardest of hearts be changed by God’s unfailing love?

In the wake of the economic disaster known as The Collapse, two countries rise from the ashes of the former United States: Unified Socialist America and The Republic of Texas.

After personal and professional tragedy, physician midwife Cora Thomas flees the Missouri District of America, seeking asylum and safety in the idyllic Texas town of Cotton Springs. She hopes the quaint community is a new beginning, a place to heal and plant roots. A home where she is not an underground Christian living in fear for her life.

A logging accident leaves Cotton Springs’ prodigal son, Ben Tucker, in the care of the feisty new red-headed doctor. The attraction is undeniable and bewildering. But his rejection of God’s existence and Cora’s steadfast faith collide, leaving him with more questions than answers. And a heart desperately in need of healing.

Missouri District deputy Gordon Wilkes is on a witch hunt. He holds Cora accountable for the death of his wife in childbirth. And no border will stop him from exacting his revenge.

MERCY SPRINGS is a love story blooming beneath the towering trees of east Texas, under the canopy of grace and mercy, and in the shadows of lurking danger.

Deputy Jimmy Wilson enters a downtown Austin coffee shop in search of stout caffeine, and finds himself captivated with the raven-haired barista. Her sassy wit and easy smile dart straight to his heart, awakening him more than a cup of joe ever could.

Elise Gomez breaks her own rule – never date a customer – when she agrees to go to dinner with the cute lawman and his mile-long drawl. Something about his smile and crooked grin tugs at the hidden part of her she thought long dead. Maybe if she had known it was a wedding rehearsal dinner for the President’s son, Elise would not have ditched him in the middle of the salad course. She finds herself on the run, again, fleeing those in power who would expose her sordid past.

Six months later, Jimmy cannot get her out of his head. He is haunted by mahogany eyes and a sultry laugh. He blames himself for Elise’s disappearance, and though he is in the running for sheriff, none of his law enforcement resources can track down one elusive woman.

Elise regrets leaving Austin, but she cannot chance being found. For twelve years, she has avoided capture by both the law and El Lobo. Though she is no longer a slave, neither is she free.

But circumstance throws Jimmy and Elise together again, this time closer to his home of Cotton Springs. With the help of her newfound faith, Elise decides to take a stand. Jimmy finds himself torn between protecting the woman he loves, and honoring the duties of sheriff which demand her surrender to the authorities in Austin.

Amidst civil turmoil in Socialist America, and rumors of the notorious El Lobo Syndicate hovering along the border, Jimmy and Elise find their renewed love tested by threats and violence. The Wolf is on the move, and Elise must find a way to break free from his malevolent shadow once and for all.